Conceived in the aftermath of city-wide protests in 2020, Once a City Said showcases the polyvocal communities of Louisville, Kentucky, a city celebrated for its bourbon, basketball, and horseracing, but long fraught with racial injustice, police corruption, and social unrest.
​
Priest takes the city’s narrative out of the mouths of politicians, news anchors, and police chiefs, and puts it into the mouths of poets. What emerges is an intimate report of a city misshapen by segregation, tourism, and ruptures in the public trust. Featuring thirty-seven acclaimed and emerging poets—including Mitchell L. H. Douglas, Erin Keane, Ryan Ridge, and Hannah L. Drake--Once a City Said archives the traditions and icons, the landmarks and spirits, the portraits and memories of Derby City. 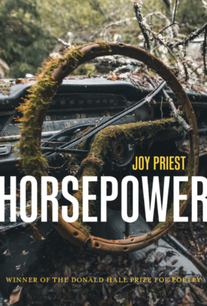 "Horsepower, Joy Priest's debut collection, is a captivating display of might and elegance, a language of astonishing sinew through which the backdrop of place and a compelling life come into vivid focus. Undergirding these poems is a restless, resilient spirit: an urgent grappling with the desire to both remember and outrun the past, with history both personal and communal, and the complexities of American racism in its most intimate manifestation—familial love. I had, for / years, Priest writes, been taught to live that way. Black, unassuming, / zipped up in history. . . . Throughout this remarkable debut, Priest shows us what it means to clear the stall, break out of the traces, and run unbridled into life."


"Through tragedy and triumph, Joy Priest's poems thunder in the ears like a supercharged heartbeat. Her landscapes drawn technicolor, intense with paradox and heat, devotion is indistinguishable from rage. Horsepower seethes with so much intelligence and feeling that comparisons to Hurston are inevitable. Jean Toomer also comes quickly to mind, but Priest's voice is one of a kind. Let these poems comfort you, if you dare, soft as the pillow that hides the gun."


"Horsepower tells what it is to be a bridge in one's family between racism and a love forged in defiance of racism; it tells what it is to need to both escape that role and embrace it. And, just a importantly, it tells the arrival of a powerful new poet, a poet to whose stories I will continue to listen." 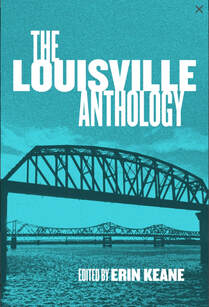 In this collection of evocative essays and poems by natives and transplants, The Louisville Anthology offers locals and visitors a closer look at compelling private and public spaces in an attempt to articulate what defines Louisville beyond—but also inclusive of—its most recognized cultural exports. 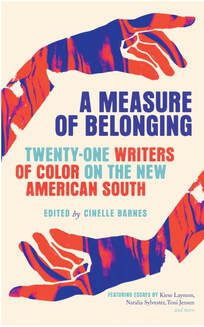 ​A Measure of Belonging: 21 Writers of Color on the New American South
edited by Cinelle Barnes
Oct. 6
Hub City Press

​"A Measure of Belonging is a major contribution to the canon of Southern literature and each of the writers give of themselves fully. It is a book for our times."